Singing and Vocals with Diana

Diana Hillman was born into a family of music, art and literature. She has therefore been very fortunate in enjoying and developing the arts throughout her childhood and into adult life. After having achieved grade 8 singing with ABRSM, Diana went to study music at the famous Dartington College of Arts. It was here that Diana focussed on developing her skills as a singer and pianist. During this time, she took part in many live performances.

In the following years, Diana has been fortunate enough to sing in many choirs. As a result, she has performed in musical events and theatre in both Ottawa, Canada and also here in Devon and Cornwall. In fact, Diana has been a keen member of Opera South West. This has allowed her to perform in the Drum Theatre and in the Theatre Royal Plymouth. She has sung in operas such as Jacques Offenbach’s, Orpheus in the Underworld, George Bizet’s, Carmen and Johann Strauss’, Die Fledermaus.

Background in Singing and Vocals

Diana obtained her BA (Hons) in Music at Dartington College of Arts in 2001 and has been teaching voice, piano and theory ever since.

Whilst living and teaching in Ottawa, Canada, from 2007 to 2018, Diana gained much experience and knowledge through using the Royal Conservatory Music (RCM) as her preferred examination board. Moreover, she was able to achieve good marks for her pupils and received valuable feedback. .

At the end of the winter term, her pupils had the option of performing their individual party pieces. Students had an optional experience of singing in a small choir, in a ‘Winter Celebration’ concert performing for friends and family. These Winter Celebrations were performed in a comfortable, attractive venue with a warm, friendly atmosphere. Furthermore, these performances were always well received by an appreciative audience.

As well as regular sessions of music lessons, Diana wishes to offer her students the same opportunities of Celebration Concerts, here in Plymouth. This is the main reason why she offers optional Saturday morning workshops. It makes these performances possible.

Singing and vocals, piano and music theory tuition: open to children and adults. Face-Time, Skype and Zoom lessons all possible. 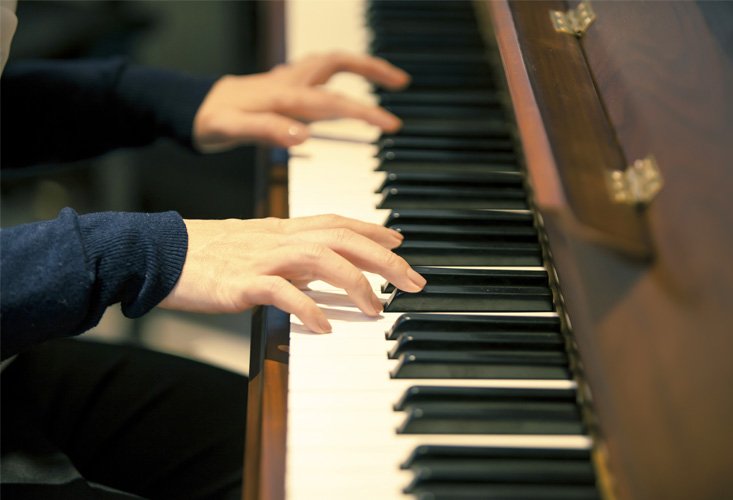 Diana has directed many music workshops with her pupils. Here, students work towards end of year performances and concerts.

Singing and Vocals? Why study Music?

One of the most accomplished singers in the Southwest

Catherine won a scholarship to the Royal Academy of Music, where she gained her Licentiate in teaching (LRAM) with Distinction. She has been teaching singing for more than 25 years and has a wide range of experience in a variety of different styles.

Before moving to Plymouth, Catherine was Head of Singing at the prestigious BRIT school for Performing Arts as well as teaching undergraduates at Cambridge University. She currently teaches singing at Plymouth University and South West Music School.

Catherine is also a versatile performer with an international career, spanning roles from Opera to West End musicals.

Catherine teaches from home in Plymouth and devotes her time to students of all ages and abilities. Many of her students have achieved notable successes in competitions and festivals and many others have gained entry to distinguished music colleges and top-ranking universities. 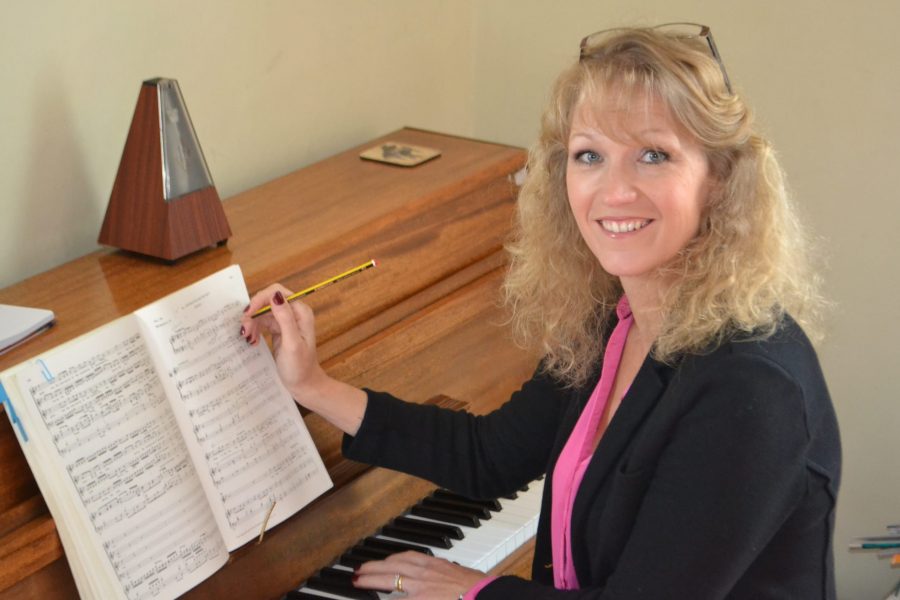 Catherine also leads Vocal Workshops in the Plymouth the area. She uses her knowledge and expertise to pass on practical and fun ways of improving vocal techniques to gain confidence and greater understanding of how to use the voice.

Catherine is a member of the ISM (Incorporated Society of Musicians). 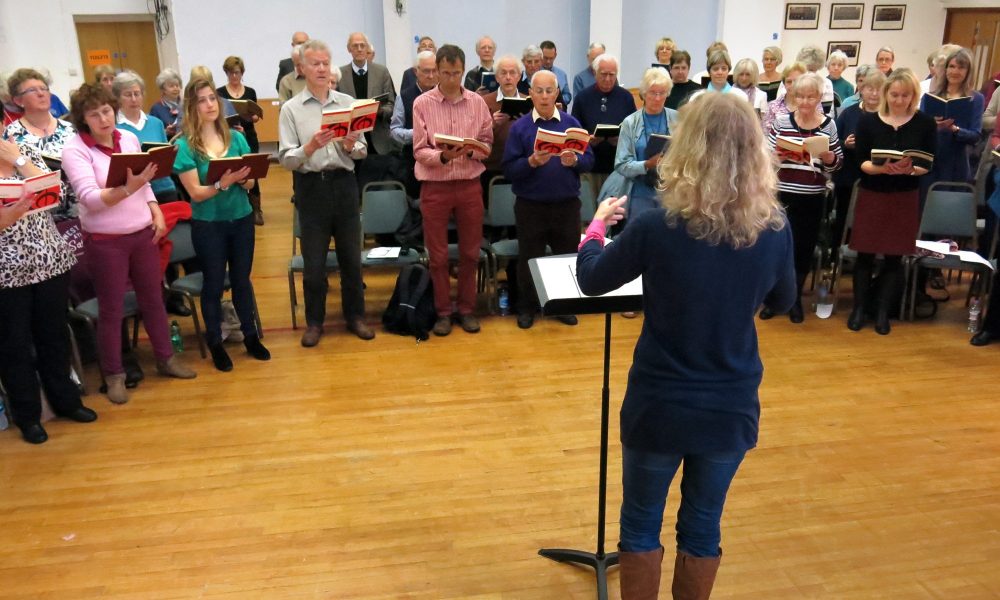 “Just to say a massive thank you for last night’s vocal workshop. It was a real treat! Just chatting with choir members afterwards the feedback was the same... 'so helpful, we want more.”

The Academy of Music (RAM) awarded Catherine a Junior Exhibitioner’s scholarship. This was the first time the RAM had awarded this particular scholarship to a singer! After gaining a BA(Hons) in Music and English from Southampton University, she returned to the Royal Academy on the Post-Graduate Opera course. The Academy awarded her the Diploma of Advanced Studies and LRAM with Distinction. During this time, the Royal Academy chose Catherine as the soloist for an official recording for HRH Prince William. 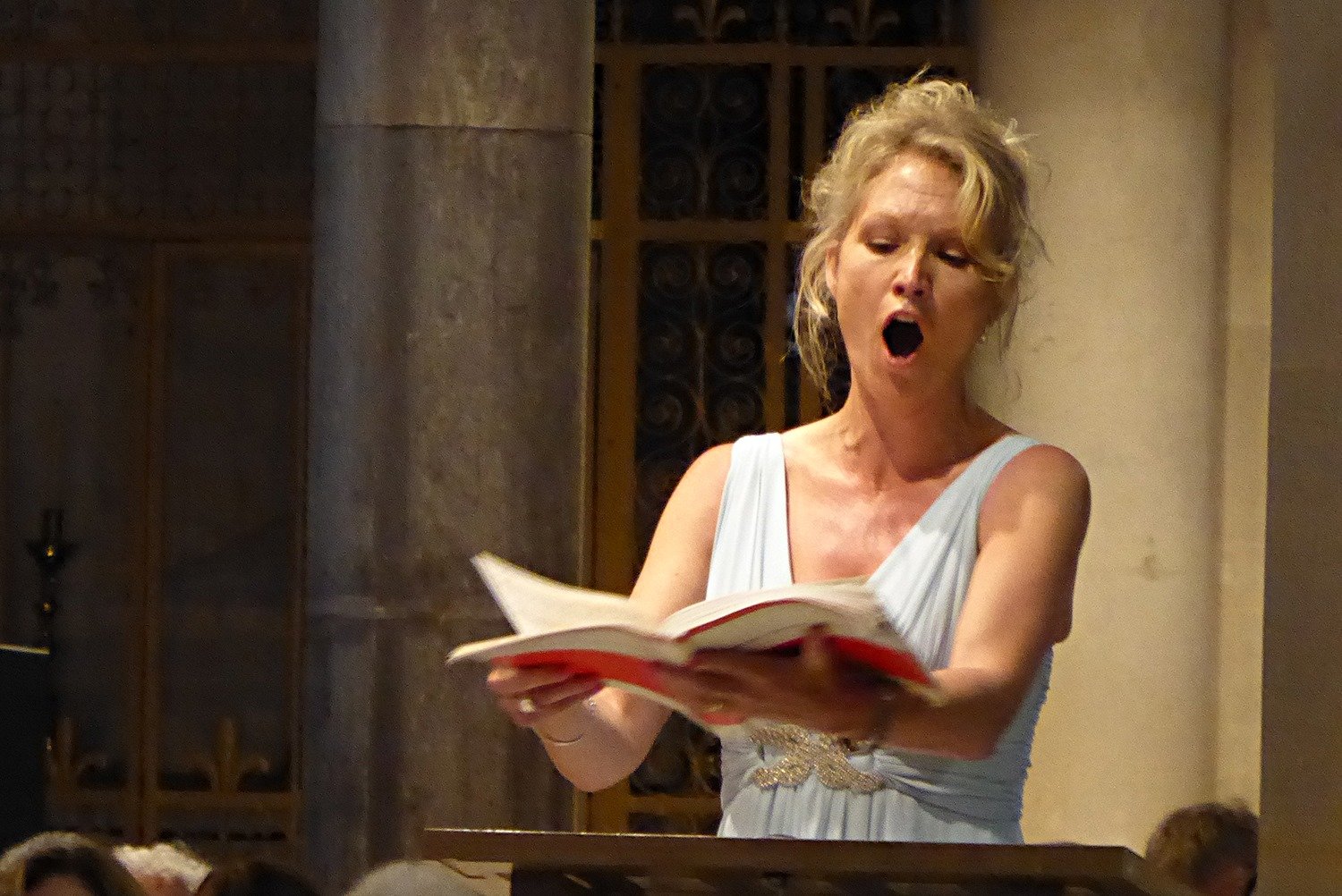 This year was the 400th anniversary of the Mayflower leaving Plymouth. A special book called “Mayflower A Sea Change” has been published to commemorate this. Catherine is showcased as one of the 20 people in this special book. She is also the chosen soloist for a commissioned work for Mayflower celebrations entitled “Loadstone of Love” composed by Paul Foster. The performance due to be performed in July has been postponed unfortunately due to Covid19.

Catherine is willing to travel within the local area of Plymouth.

“We are delighted! Thank you so much for your input and guidance, you are such a big influence on our daughter and she could not have got this far without you. Thank you.”
contact us
Scroll to Top